I am a cook both in and outside of the SCA, and the apprentice brother of Maestra Asa, who has invited me to share some of my thoughts on food with her readers.  You can find more of my writing at Flour Yeast Salt (just add water) and more about me in the SCA at John Marshall.

As part of a dish I’m working on for River Wars that we’re calling Medieval Risotto , I’m going to need Chicken Stock, lots of Chicken Stock.

On Friday, Weis Markets had a meat sale and was offering whole chickens for $0.77 a pound.  So I stocked up.

I cut four chickens in half, loaded them into my two biggest stock pots and cooked them with carrots, onions (unpeeled), celery, bay leaf, parsley and peppercorns and covered it all with water.  I brought both pots up to a simmer and let them go for about two hours. 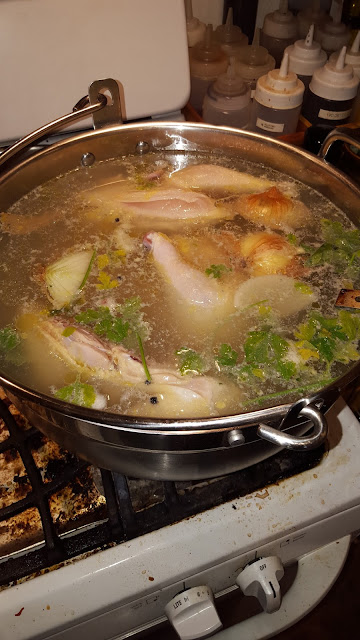 After the two hours were up, I strained the stock, then reduced it down to under two gallons of liquid.  Once the stock was nicely reduced, I loaded it into quart mason jars and put them into a pressure canner. 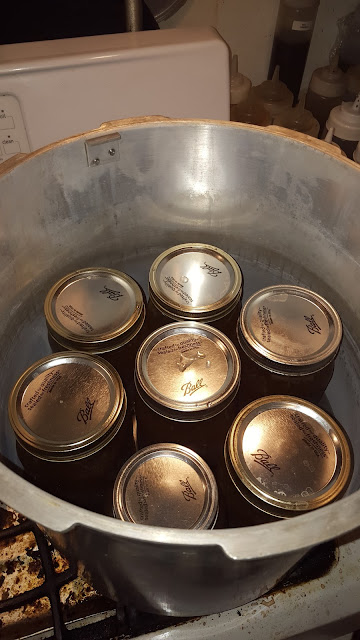 After loading up the pot, two inches of hot (around 180 degrees) water was added and the lid was clamped on.

I put the flame up to high and per the instructions in the Ball Blue Book, brought the pot up to a boil, let steam vent for 10 minutes and then put on the weight and brought the pressure up to 10 pounds.

Once the pressure had settled down, I processed the jars for 25 minutes.

As a side note, it’s very important when canning to follow the recipes exactly, in order to insure food safety. 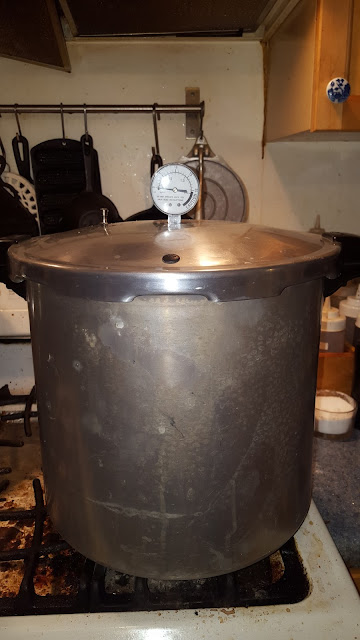 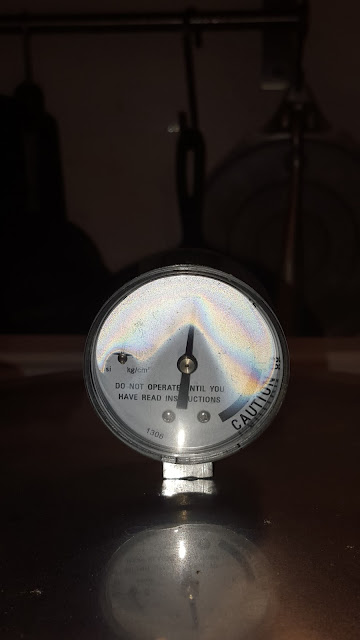 When the time was  up, I turned off the heat and let the pressure drop to zero.  5 minutes later, I carefully removed the weight, unclamped the lid and let the opened pot sit for another 10 minutes.  After that, I removed the very hot jars and let them cool overnight. 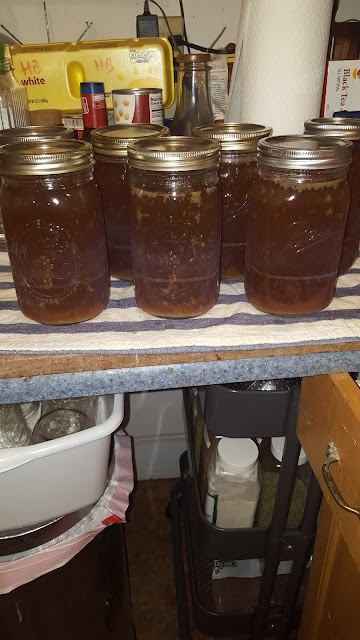 Shelf stable and awaiting the next step… 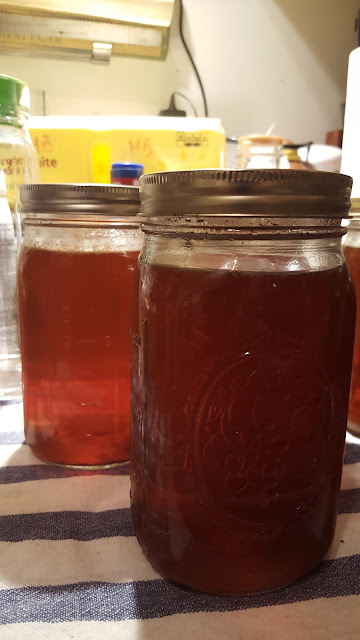 View all posts by asa